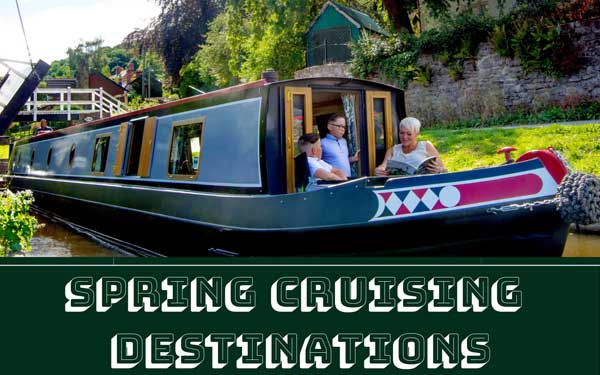 There is no prettier time of year in Britain than the spring. As the crocuses, primroses and daffodils start to flower and lambs gambol through green fields, this is the perfect time to hop aboard a narrowboat for a relaxing canal holiday.

The best spring canal routes are the ones which showcase the loveliness of the British countryside.

The canals of England and Wales are at their most scenic and serene at this magical time of year when there is far less traffic on our historic waterways than in the peak summer holiday season. Those who opt for a spring narrowboat holiday will face far less queuing at locks or waiting patiently at one-way stretches and enjoy the ultimate escape.

So, take advantage of the lengthening days and warmer weather during this tranquil season to plan your perfect narrowboat holiday.

To help, we’ve compiled a list of some of the most beautiful spring cruising routes on the canals of England and Wales: 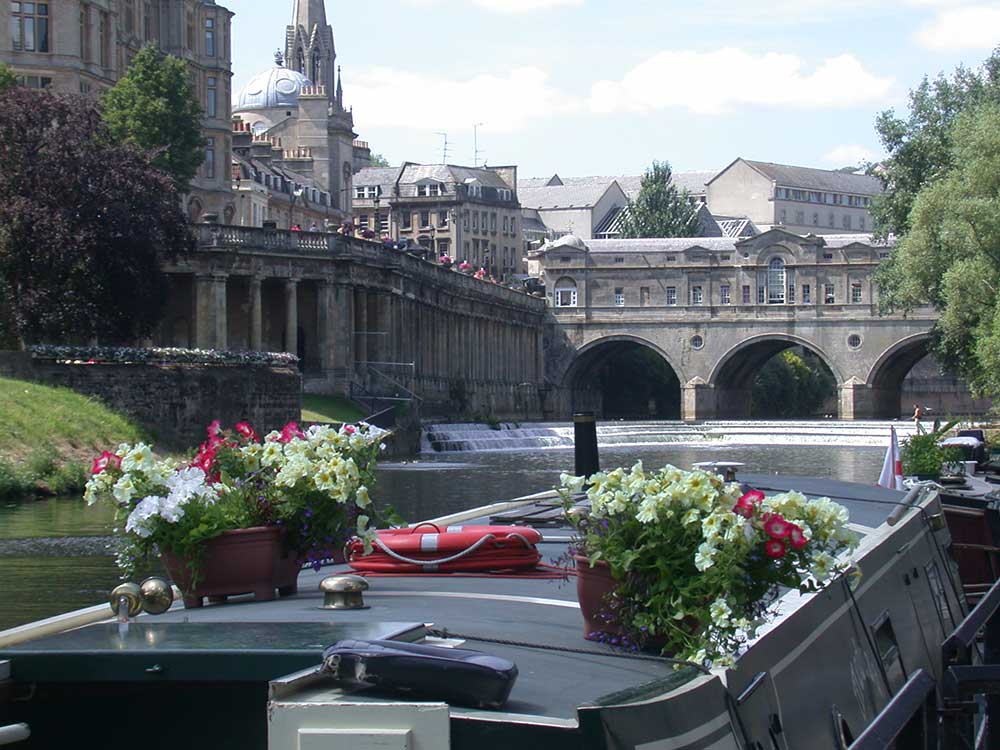 From our canal boat base in the stunning city of Bath, with its famous Roman Baths and breathtaking Georgian architecture, you will travel through the green and luscious River Avon valley making the tail end of the Cotswold Hills.

Water meadows are bordered by sloping green fields and woodland, which start to come alive with wild flowers, buds and birdsong in the spring.

The scenic journey between Bath and the lovely riverside town of Bradford on Avon takes canal trippers over two impressive limestone aqueducts at Dundas and Avoncliffe as well as some postcard worthy waterside pubs such as the Cross Guns at Avoncliffe.

The canal continues towards Devizes on the edge of the rolling Wiltshire Downs where you must ascend the dramatic Caen Hill Locks, a flight of 16 locks offering great views from the top. The market town of Devizes boasts more than 500 listed buildings as well as some independent shops, cafes, restaurants and pubs.

A new base for Anglo Welsh this year, located on the Prees Branch of the Llangollen Canal in the heart of the Shropshire countryside, bordered by mighty oak trees, Whixall is Britain’s most rural marina.

From the newly revamped marina, you can travel easily onto the Llangollen Canal which snakes through the gorgeous border country that straddles England and Wales.

You first pass through the market town of Ellesmere, aptly named for the series of lakes which surround it which were formed by glacial compression at the end of the last Ice Age.

Beyond that, the canal meanders west through luscious surroundings, to reach the Chirk Aqueduct which takes you across the border into north Wales and is quickly followed by the atmospheric 459-yard single width Chirk Tunnel.

Next is arguably the most spectacular sight of all the canals of England and Wales, Thomas Telford’s masterpiece, the soaring Pontcysyllte Aqueduct. This crowning jewel of historic waterway engineering completed in 1805, spans more than 1000 feet at a tremulous height of 126-ft above the River Dee, offering passing boats sweeping views of the river valley in each direction. It is the highest canal aqueduct in the world.

After this the canal twists and turns clinging to the edge of the dramatic Welsh hills, with far reaching views across the valley, until it reaches the pretty town of Llangollen, steeped in myth and legend overlooked by hilltop ruins of Dinas Bran Castle.

Step back in time and cruise through Shakespeare’s England, taking in the unspoilt Warwickshire countryside and its array of wonderful waterside pubs. From our base at Wootton Wawen you can reach the birthplace of the famed playwright in just a day or two, wander its cobbled streets and admire the cluster of Tudor buildings.

Travel back past the canal base through bucolic farmland, copses of oak and sycamore, quaint villages and past idyllic country pubs. Heading north the Stratford Canal takes boats over the longest aqueduct in England, the Edstone Aqueduct.

You can moor up at the rustic Fleur-de-Lys at Lowsonford which offers passersby a great selection of real ales and pub grub to be enjoyed in its large canalside garden.

Continue through open countryside to join the Grand Union Canal which leads past more idyllic villages and pubs with a ye olde world charm including the Tom O’ The Wood in Rowington. It is then just five miles through the famous ‘Hatton Flight’ of 21 locks on to the centre of Warwick itself, built around its formidable medieval castle.

Bunbury to Market Drayton and beyond

The Shropshire Union canal takes narrowboats across miles of quintessentially English countryside, dotted with dozens of isolated canalside pubs which once served the commercial traffic that used this main route between the midlands and north west.

This makes it a particularly scenic and tranquil route to cruise, starting at the Anglo Welsh base in Bunbury and heading south towards Market Drayton.

Due to its rural loveliness ‘the Shroppie’, as it is affectionately known, is a favourite with narrowboaters up and down the country so can get very crowded in the summer making spring the perfect time to explore it.

From Bunbury, you cross the Cheshire Plain, thronging with dairy cattle and sheep enjoying its rich pastures, past historic Nantwich, before ascending the Audlem Flight of locks towards pretty Market Drayton.

Shortly after leaving the town and passing through the deep cutting at Woodseaves, you’ll be treated to a great view of The Wrekin, a huge hill more than 15 miles away.

The canal then proceeds south east through the unspoilt undulating Shropshire countryside of fields, hills and wooded valleys with stretches where there are no towns for miles, towards Wolverhampton.

Silsden to Skipton and beyond

One of England’s last surviving wildernesses, the Yorkshire Dales are a treat at any time of year but in the spring their looming hills and river valleys are at their most beautiful.

Heading west out of Silsden, a town dating back to Saxon times, the canal passes through enchanting Yorkshire stone-built villages of Kildwick and Farnhill into a densely wooded area famous for its bluebells which carpet the area in late April. If you’re lucky you may even spot a deer.

Motor on through Bradley, a typical ‘mill village’ with a cricket field and a country pub then to Skipton, known as the ‘Gateway to the Dales’ which boasts a market four days a week. You could then choose to continue through classic Dales countryside, above the River Aire, to reach more delightful villages such as Gargrave and the flight of locks at Bank Newton which are lauded as the most beautiful locks on the whole canal system. 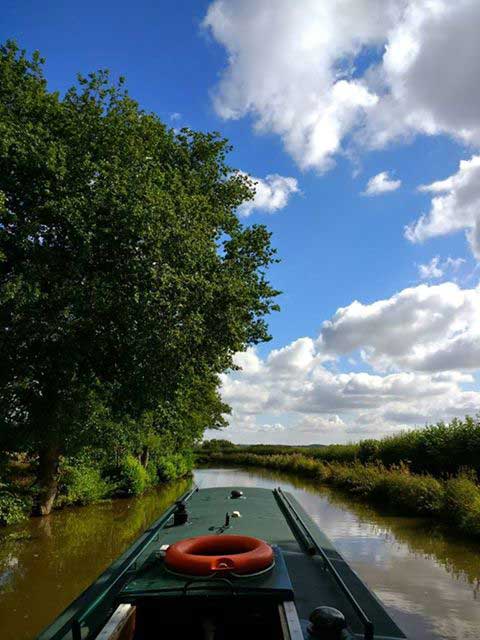