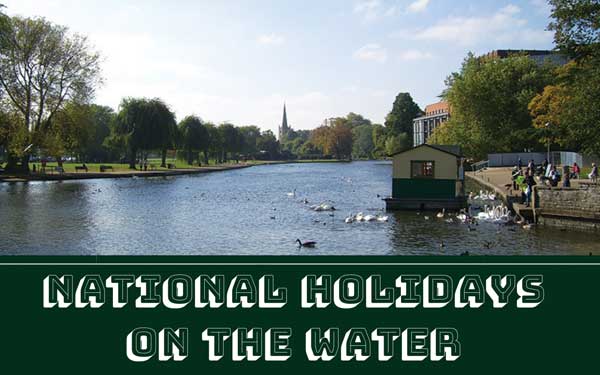 Saints days and national holidays are a great excuse to get together with friends and family to enjoy some quality time out.

What better way to celebrate than to take a holiday on Britain’s beautiful canal network, enjoying a peaceful rural escape or visiting an exciting waterside town or city.

Here at Anglo Welsh we love to celebrate feast days and national holidays, so we’ve put together some ideas for the best celebratory destinations afloat.

St David’s Day (1 March) – the feast day of St David, the patron saint of Wales falls on 1 March, the date of St David’s death in 589 AD, and it’s a public holiday in Wales.  Saint David was a Celtic monk and the Archbishop of Wales.  He spread the word of Christianity across Wales.  The feast has been celebrated since the canonisation of David in the 12th century, by the wearing of leeks (Saint David’s symbol) and daffodils (the symbol of Wales).  Traditional Welsh food is eaten, including cawl (a traditional Welsh soup made with lamb or beef and potatoes, swedes, carrots – and of course leeks) and Welsh rarebit (cheese sauce on toast).

To celebrate afloat, take a trip from our canal boat holiday base at Trevor on the Llangollen Canal in North Wales, and glide across the towering Pontcysyllte Aqueduct, which this year celebrates 10 years of World Heritage Status.

Or you could travel along the Leek Branch of the Caldon Canal to Leek in Staffordshire. Departing from our canal boat hire base at Great Heywood, you’d reach Leek in around 18 hours, travelling just over 30 miles and passing through 27 locks.

St Patrick’s Day (17 March) – Saint Patrick, the patron saint of Ireland, was actually born in Roman Britain, sometime in the late 300s AD.  Saint Patrick’s Day started as a religious celebration in the 17th century to commemorate the life of Saint Patrick and the arrival of Christianity in Ireland. This ‘Feast Day’ always took place on the anniversary of Patrick’s death, which was believed to be March 17, 461 AD. In 1903, the Feast Day became a national holiday in Ireland. These days, Saint Patrick’s Day is so popular it’s thought to be celebrated in more countries than any other national festival. Festivities include boisterous parades, Gaelic marching bands, Irish jigs, dressing up as leprechauns in shamrock hats and drinking lots of Guinness.

As we can’t ship you out to the Emerald Isle on board one of our boats, instead we are celebrating St Patrick’s Day by offering savings of £100 on all new bookings made and paid for by 17 March, regardless of the actual dates you choose for your holiday.  And for extra touch of Irish-themed hospitality, we’ll welcome you on board with eight complimentary cans of Guinness.

St George’s Day (23 April 2019) – St George, the patron Saint of England, has captivated the imaginations of the British since the Crusades and the Hundred Years’ War. He was born sometime around the year 280 in what is now Turkey and became a Roman soldier famous for slaying a dragon.  According to legend, the only well in the town of Silene (in modern day Libya) was guarded by a dragon, who demanded a human to be sacrificed in exchange for water.  On the day St George visited, a princess had been chosen for the sacrifice, so to save her he slayed the dragon and gave the people access to water.  St George’s Day falls on the anniversary of his death on 23 April 303, when he was executed for being a Christian.  The flag of England with a red cross over a white background represents the St George’s Cross.  Although it’s no longer a national holiday, people still like to celebrate the day with parades, Morris Dancers, flag flying, Punch and Judy shows and by eating fish and chips!

To celebrate St George’s Day afloat, take to the water with St George’s Cross flags flying and head to Oxford Castle to climb the Saxon St George’s Tower and enjoy amazing panoramic views over the historic City of Oxford.  From our canal boat holiday rental base on the River Thames at Oxford, it takes just three-and-a-half hours, passing through four locks to reach moorings in Oxford City Centre, just a ten-minute walk from Oxford Castle & Prison. 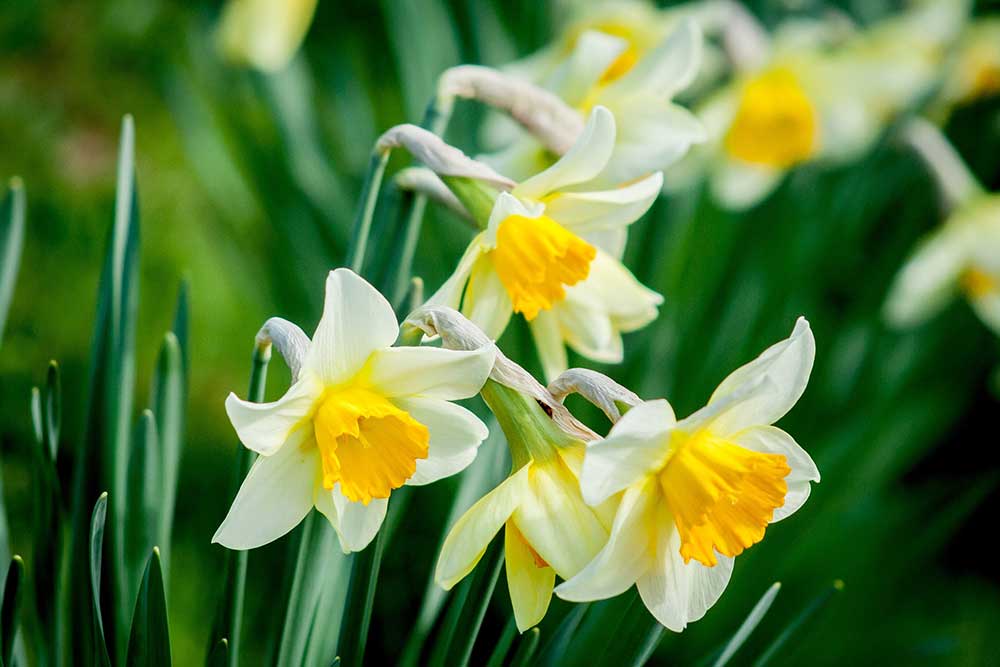 Easter (Good Friday 19 April 2019, Easter Monday 22 April 2019) – On Easter Sunday, Christians celebrate the resurrection of Jesus from the dead after his crucifixion and burial, usually by going to Church.  Easter is always celebrated on the Sunday immediately following the Paschal Full Moon, which can fall anywhere between 22 March and 25 April.  Easter eggs symbolise new life and the resurrection of Christ.

Easter is a great time to get afloat and explore the countryside as it bursts into life with new leaves, daffodils, bluebells, spring lambs and nesting birds and waterside attractions host special Easter holiday activities.  For example, the canalside Cadbury World, home to the World’s biggest chocolate shop, will host an ‘Easter Eggstavaganza’ with a stage show starring Mr Cadbury’s Parrot, as well as an Easter Egg Trail. Cadbury World is just two hours away from our canal boat hire base at Tardebigge.

Or visit Bath Theatre Royal’s famous Egg Theatre.  Setting off from our canal boat hire base at Brassknocker Basin just outside Bath, you can reach Bath City Centre in just four hours, passing through six locks.

May Day (6 May 2019) – the roots of May Day (1 May) can be traced back to the Dark Ages when the ancient Celts divided their year by four major festivals, including ‘Beltane’ or ‘the fire of Bel’, representing the first day of summer.  May Day is associated with fun, revelry and fertility.  The day would be marked with maypole dancing, the selection of the May Queen and the dancing figure of the Jack-in-the-Green at the head of a procession, a relic from when our ancestors worshipped trees.  In the 16th century, the pagan May Day celebrations were banned by Church and State and Oliver Cromwell later passed legislation which saw the end of village maypoles.  Dancing did not return to village greens until the restoration of Charles II.  Today, some of the old customs have survived, including Morris dancing, maypole dancing and the crowning of a May queen.

The first May Bank Holiday is a great time to take to the water and enjoy Spring sunshine and verdant green trees, fields and hedgerows.  May Day celebrations take place each year at Bancroft Basin in Stratford upon Avon, which can be reached in six hours from our canal boat hire base at Wootton Wawen.  And the St Richard’s Canal Festival takes place the first May bank holiday each year at Vines Park, alongside the Droitwich Barge Canal.  Droitwich can be reached from our canal boat holiday base at Tardebigge in 11 hours.

Whitsun Late May Bank Holiday (27 May 2019) – in the past Whit Monday was a day off after Whit Sunday (which falls seven Sundays after Easter), commemorating the gift of the Holy Spirit to the followers of Jesus on the Day of Pentecost. After the disciples received the Holy Spirit in the form of flames, they began to out and preach about Jesus. In 1971 the Banking and Financial Dealings Act changed the date of the holiday to make it fall on the last Monday of May, rather than on the day after Whit Sunday.

Christians have traditionally taken part in Whit walks at Whitsun. Hundreds of footpaths and walking routes intersect with the canals, for example in Cheshire, the 16.5 mile long Eddisbury Way meets the Shropshire Union Canal close to Williamsons Bridge, four-and-a-half miles from our canal boat rental base at Bunbury.  And the Shropshire Way meets the Llangollen Canal at Spark’s Bridge, close to the historic town of Whitchurch, six miles from our canal boat hire base at Whixall. 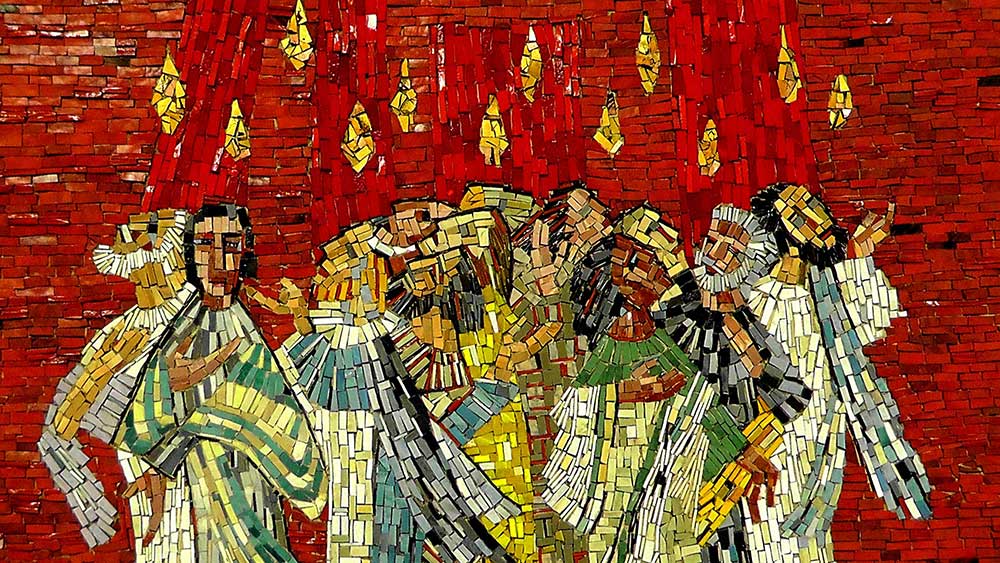 Escape crowded airports, congested roads and engineering works on the railways with a holiday afloat on the canals.  Pottering along at just four miles an hour, soaking up the last of the summer sun, a holiday on Britain’s beautiful waterways is a great way to relax and see the countryside, as well as visit waterside attractions hosting special bank holiday events.  For example, setting off from our canal boat hire base at Stockton on the Grand Union Canal in Warwickshire, you can reach moorings close to Warwick Castle in around seven hours, travelling through 20 locks.  Over the August bank holiday weekend, Warwick Castle will be hosting its spectacular Dragon Slayer event, with fearless fire jousting, perilous stunt riding and epic battles with live actors, pyrotechnics and fireworks.

St. Andrews Day (30 November) – St Andrew’s Day is a public holiday in Scotland.  St Andrew, the patron saint of Scotland, is considered to be Jesus’ first disciple. He was crucified on 30 November 60AD by order of the Roman governor Aegeas. He was tied to an X-shaped cross, represented by the white cross on the Scottish flag, the Saltire.  St Andrews Day celebrations have been taking place in Scotland for over a thousand years.  Today people celebrate by attending a ceilidh, by eating Cullen skink or lamb and by displaying the flag of St Andrew. 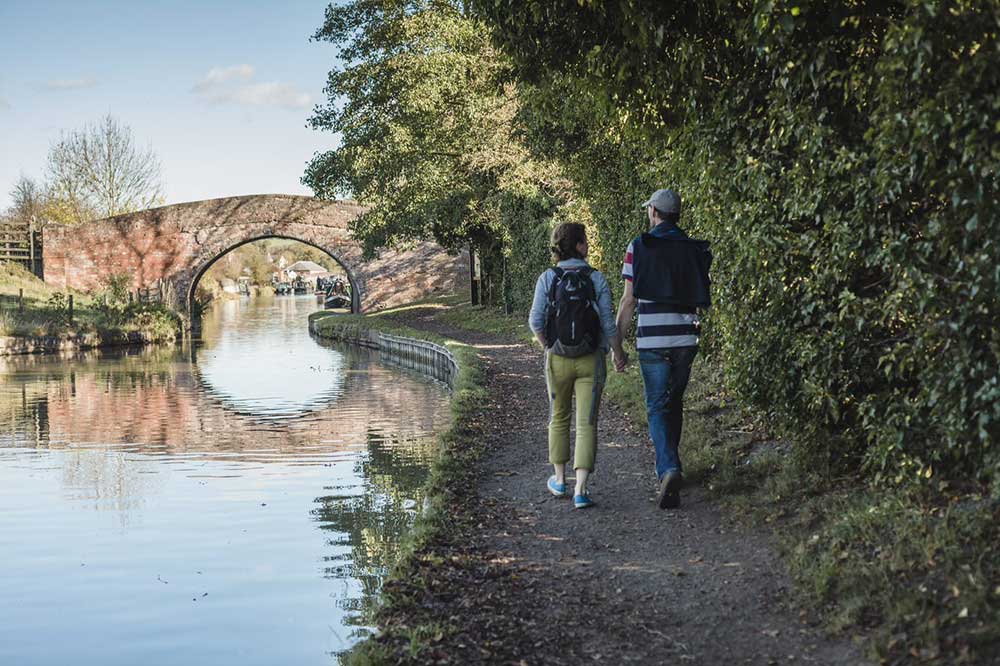 Christmas & New Year – Christmas is both a sacred religious holiday and a worldwide cultural and commercial phenomenon.  Christians celebrate 25 December as the anniversary of the birth of Jesus, but celebrating the middle of winter has long been a celebration around the world.  For example, in Scandinavia, the Norse celebrated Yule from 21 December, the winter solstice, through January.

Festivals and celebrations marking the beginning of the calendar have been around for thousands of years.  Some are linked to agricultural or astronomical events. In Egypt for example, the year began with the annual flooding of the Nile, which coincided with the rising of the star Sirius.

Britain’s canals can offer a great antidote to the hustle and bustle of Christmas.  We offer winter cruising* from four of our bases, giving you the chance to enjoy cosy evenings afloat, visit waterside pubs with roaring log fires, and wake-up to frosty towpaths and crisp clean air.

Whether it’s a snug boat for two or a family break for ten, celebrating Christmas or New Year afloat offers a great getaway.  It’s free to moor almost anywhere on the network, so a narrowboat could provide the perfect base to enjoy new year celebrations in waterside towns and cities like Birmingham or Stratford upon Avon.

All our boats have central heating, hot water, televisions and DVD players.  Some also have multi-fuel stoves.  So, whatever the weather, it’s always nice and cosy on board.