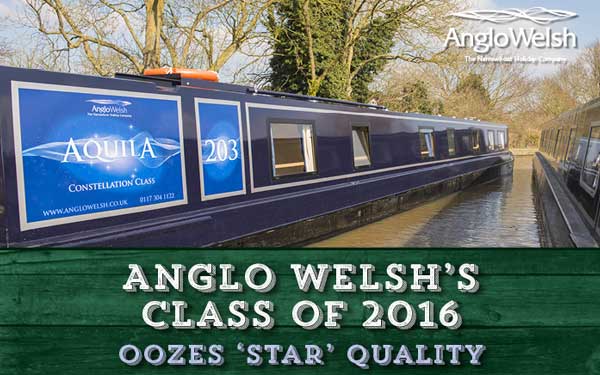 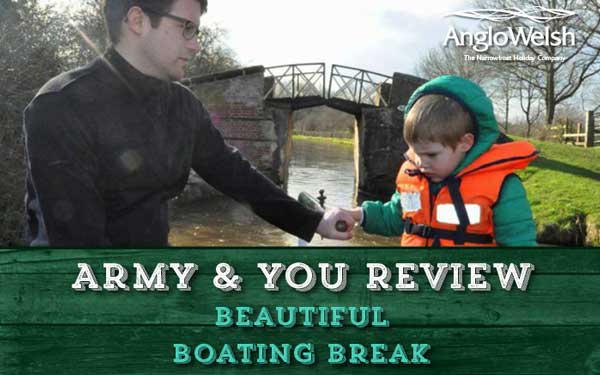 Andrew and Kirsten King reviewed their recent holiday from our Wootton Wawen base for www.armyandyou.co.uk

It was quite a test to get the hang of manoeuvring our 62ft-long boat, called Marlow, but by the second day we had it down. You get a run through at the beginning and an instructional DVD, which helped clear up a few things that we were a little unsure about.

We started in Wotton Wawen and made our way to Stratford upon Avon, spending the night in the Stratford Basin which was a great spot to tour the heart of “Shakespeare Country”.

The boat is fairly modern compared to what we expected for this “old timey” experience. There are good heaters throughout and on a four-berth boat you can request two double beds or a double and two singles. Having two toilets was handy and in the kitchen we had all the utensils you need, a foldable table and chairs, some loungers and a TV – liveable and comfortable for a week’s stay.

Finley and Addison really enjoyed the whole experience. Locks can be a lot of work, especially when there are several in a row, but everyone was put to work when it came to operating them. The kids helped look out for particular lock or bridge numbers, pushed the lock gates open and shut and helped tie up the boat for the night.

They loved feeding the ducks along the canal at many points. Finley even had a go at steering. It’s worth considering bringing an extra pair of adult hands to share the workload if you have young children that need attention.

Part of the attraction is spending a bit of time off the boat. The highlights were tackling new challenges together and meeting new people, like the volunteers who help you through the locks and other friendly boat owners. One of the stops we made was to Mary Arden’s farm house (Shakespeare’s mother) where we learnt about what life was like when Shakespeare was alive.

We would definitely recommend this sort of holiday to Army families. It’s a history-rich and cultural experience that gets you up and about seeing some picturesque parts of the countryside.

Anglo Welsh offers all British Service personnel up to 15 per cent off. Our team of helpful canal holiday experts are available to take your booking! Please call us 0117 304 1122