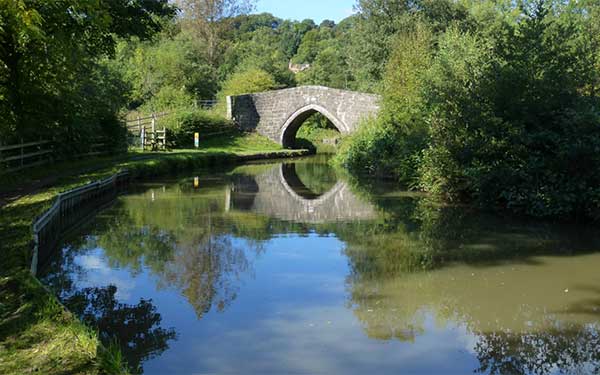 Wonderful canalside pubs worth a visit during any narrowboat holiday

One of the joys of any holiday is whiling away languid hours in the sun with a beer, glass of wine or whatever is your preferred tipple – and canal boat holidays are no exception. Luckily the historic waterways of England and Wales – once main transport thoroughfares – are dotted with welcoming pubs, many of which used to cater for the canal workers of bygone years as they travelled up and down transporting coal and other materials to fuel the industrial revolution. Now of course they cater to a more pleasure-seeking crowd, including those fortunate enough to be enjoying a narrowboat holiday. There are literally dozens of charming pubs where you can stop on your canal trip, but here we list just some of our favourites:

Cross Guns Avoncliffe, near Bradford on Avon, on the Kennet and Avon canal

This 16th century inn overlooking a picture perfect stretch of the Kennet and Avon Canal as it snakes its way through a green Cotswold valley is the stuff pub dreams are made of. Stop off enroute to the historic market town of Bradford-upon-Avon and enjoy a refreshing pint in their canalside garden which has lots of outdoor seating meaning you can find space even in the height of summer.

Black Lion Pub, near Stoke on Trent, on the Caldon Canal

A lovely traditional Staffordshire pub located at the heart of the idyllic Churnet Valley next to the rushing water of a weir. Sitting in the pub garden, watching the narrowboats floating past and steam trains coming and going on the Churnet Valley Railway Line surrounded by the green valley sides, you could be forgiven for thinking you’d been transported back 100 years in time.

The Blue Bell Cider House, near Solihull, on the Stratford upon Avon canal

This 17th century pub, with its own onsite brew house, has a snug rustic interior where you can warm up while sipping one of their delicious ciders or ales or in summer sit in the canalside garden and admire the gorgeous Warwickshire countryside that surrounds you.

The Anchor Inn, near High Offley, on the Shropshire Union Canal

This tiny historic pub, which also runs a camping site, has been run by the same family for more than 100 years. It still boasts the same tables and settles that were in situ when the family took over, with beer often brought up in a jug from the cellar to this day. The multi-award-winning pub was recently given heritage status for its historic importance.

The George Inn near Bath, on the Kennet and Avon canal

Located in a beautiful 12th century stone building that was originally a monastery, the George Inn has been carefully refurbished by Chef and Brewer to create a stylish welcoming interior with open fires keeping things cosy in winter. Once the sun is shining, enjoy some canalside al fresco beers or sit in the sheltered sun trap of a courtyard.

The Swan in Fradley, on the Coventry Canal and Trent and Mersey Canal junction

This 18th century pub, located on the famous Fradley junction of two key canals with a ye olde world charm, offers good beer, fine wine and proper pub grub. It is a great place to sit outside and watch the narrowboats navigating their way between the two historic waterways. And, you’re guaranteed a warm welcome from the owners.

The Boat Inn in Stoke Bruerne on the Grand Union Canal

In a charming thatched building, owned and run by the Woodward family since 1877, the Boat Inn offers as warm a welcome now as it did 130 or so years ago, with same open fires still burning through the winter. With ales, ciders and wines to suit every palette, the pub also boasts two eateries with a more informal bistro and Woodwards Restaurant with its gorgeous canalside views.

Camp House Inn, near Worcester, on the River Severn between the Droitwich Canal and the Worcester and Birmingham Canal junctions

Sitting on the banks of the Severn with great views of the nearby lock and weir, this rustic pub is a wonderful spot to sit and watch life on the river. The large garden is enlivened by the resident peacocks, chickens, ducks, geese and Sandy the turkey. A small mooring spot is available for passing boats to stop off for some refreshment.

The Trout Inn in Lechlade on the River Thames

With a history stretching back 800 years when it was originally built as an almshouse, the Trout Inn could reasonably claim to be one of the oldest pubs in the country. It became an inn in 1472 and has continued in that guise, being renamed The Trout Inn in 1704 in recognition of the ancient fishery rights bestowed upon the pub by Royal Charter – it still controls two miles of trout and coarse fishing waters. The pub has been owned and run by Penny Warren for nearly three decades and she has worked hard to preserve its traditional charm, with roaring log fires in winter and a gorgeous riverside garden to enjoy in summer.

Jack Mytton Inn in Hindford on the Llangollen Canal

This beautiful waterside free house deep in the Shropshire countryside is surrounded by three acres of park-like gardens next to the famous Llangollen Canal. With its tap room and cosy snug warmed by a fire in winter, the Jack Mytton also boasts a sheltered courtyard with seating and a Mediterranean style al fresco bar for hot summer days. There is private mooring space for up to six boats.

The Bay Horse in Skipton, on the Leeds and Liverpool Canal

The Bay Horse dates back to 1822 and grew in popularity as the industrial revolution saw the local population working the mills soar. Today it remains an idyllic traditional inn with cask ales and hearty food, surrounded by the breath-taking landscapes of the Yorkshire Dales, with a sheltered garden overlooking the canal.

Willeymoor Lock Tavern, near Whitchurch, on the Shropshire Union Canal

This lock keeper’s cottage turned pub on the Cheshire-Shropshire border sits right beside a working lock on the Llangollen canal, making it an ideal spot to watch the narrowboats coming and going. The family run pub has a large beer garden and playground and great cask ales often sourced from local breweries, making it popular with boaters, walkers and locals alike. 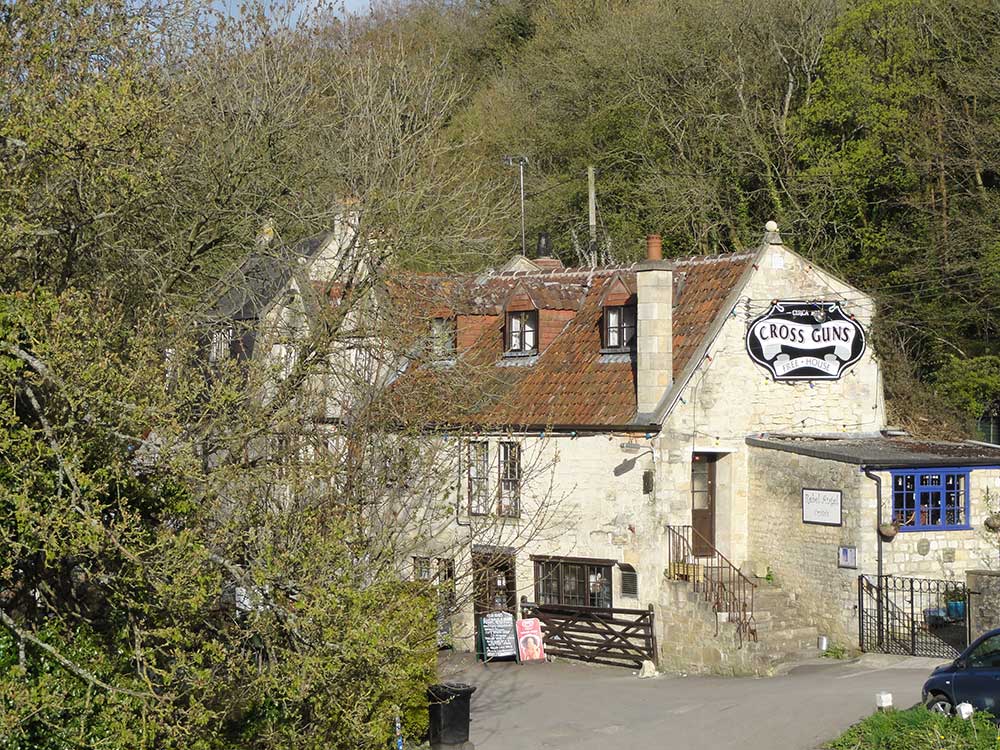