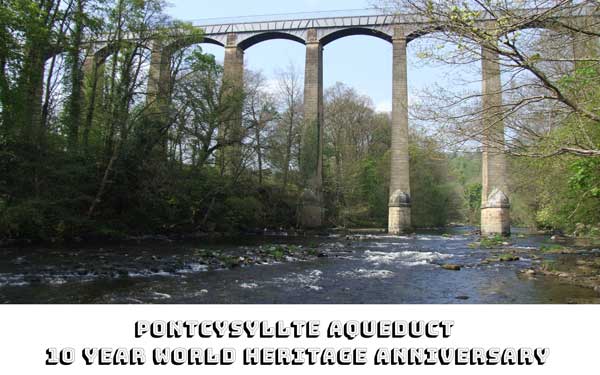 This year, Britain’s highest and longest aqueduct, the Pontcysyllte Aqueduct and 11 miles of the Llangollen Canal, will celebrate 10 years of World Heritage Status designation, giving it membership of an elite club of sites, including the Taj Mahal and the Pyramids.

Since the designation, the Pontcysyllte Aqueduct has become a ‘Must Do’ destination for thousands of international tourists and visitor numbers have quadrupled, with nearly half a million people viewing the ‘Stream in the Sky’ and the Trevor Basin Visitor Centre in 2018.

To mark this important milestone, The Canal & River Trust charity in Wales, Glandwr Cymru, will be working with local partners to organise 12 months of celebrations, including a new photography competition, a specially-brewed beer, spectacular luminaire structure lighting, an ‘Under the Arches’ celebration and other community events.

Lynda Slater, Trevor Basin visitor centre manager with the Canal & River Trust, says: “The World Heritage Status has made a world of difference to this spectacular structure and the 11 miles of Llangollen Canal which surround it. The Pontcysyllte Aqueduct has gone from being a national treasure to a tourist destination of international significance.“

The Llangollen Canal is one of the most popular canals in the country with hire boaters. With the opportunity to cruise over two stunning aqueducts at Pontcysyllte and Chirk, and meander through the beautiful Welsh countryside, it is a hot favourite with people wanting to spend their holiday time on the waterways.

Our canal boat hire base at Trevor Basin has long been one of our most popular departure points, and from April this year, we will also be offering narrowboat hire from our new boat yard at Whixall Marina, on the Prees Branch of the Llangollen Canal in Shropshire.

We also offer day boat hire from Trevor, just a five minutes by boat from the Pontcysyllte Aqueduct.  Prices start at £120 for a day boat for up to 10 people. 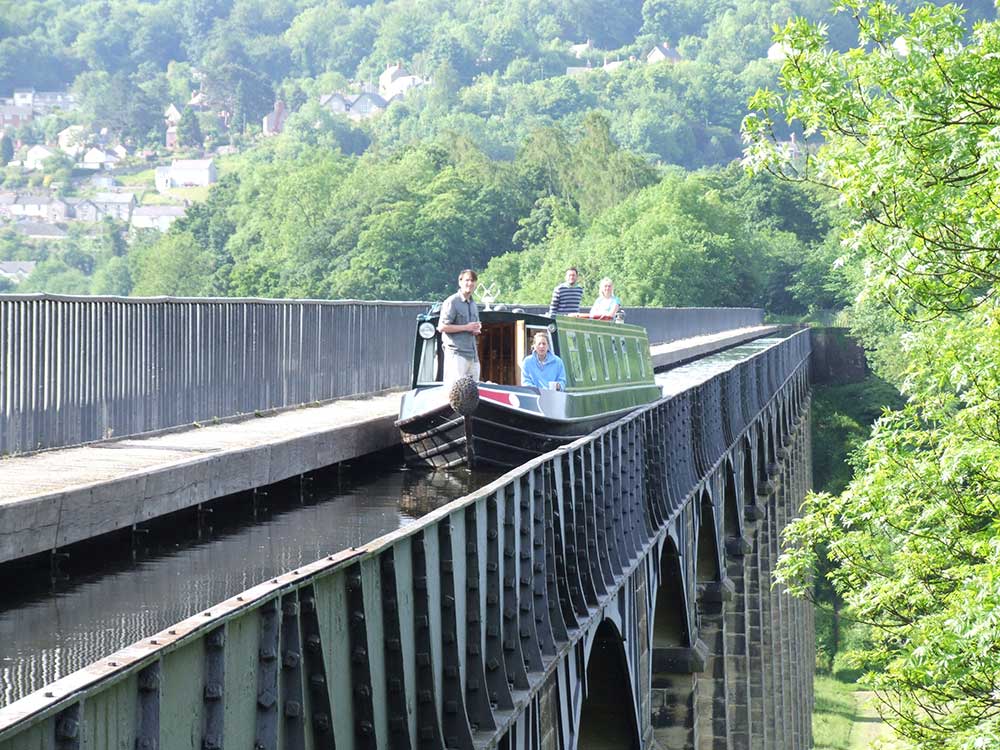