Welcoming the New Year with an Admiral Class cruise 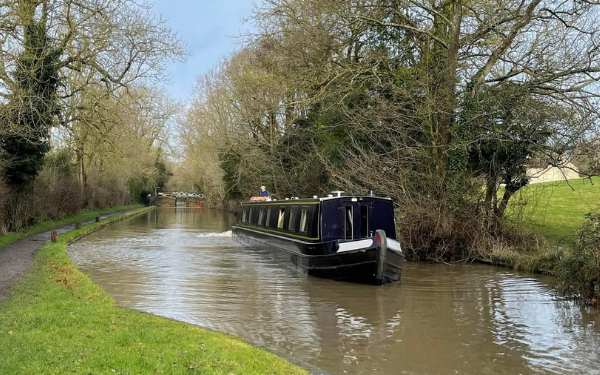 As the Operations Director of Anglo Welsh, it’s always valuable to take one of our boats out on a family break, looking at it from a customer’s point of view.  So, with Christmas Day enjoyed, myself, my partner Claire, my two boys Jacob and Daniel, plus our two dogs George and Cooper, set off on one of the brand-new Admiral Class boats from Great Haywood the day after Boxing Day.

With the boat packed up with everything we needed for our planned three-day cruise to Wootton Wawen, we headed off at 8am.  All of us were excited to see what the next few days brought, although the weather forecast did not look like it was going to be kind to us.  I’d instructed all to pack warm clothes, waterproofs and suitable footwear.  It was only myself who didn’t listen, and I forgot my coat. As we were passing Tesco in Rugeley, we moored up and I made a dash to purchase an emergency coat – best £35 I’ve spent!

We headed down on the Trent & Mersey route, which took us up towards Fradley Junction to join the Coventry Canal as our plan of action was to moor in Fazeley for the night.  We arrived there at 5pm having had a great day cruising along, chatting, eating turkey sandwiches, Christmas cake and plenty of hot drinks along the way.  The boys and the dogs also love the quiet pace of life and it was great to see them all enjoying the fresh air.

Once moored at Fazeley, in the well-equipped kitchen Claire was able to make us all a lovely two-course dinner and a very enjoyable game of Monopoly was had.  The kitchen facilities on board are excellent and have all the items needed to cook throughout the trip, with Claire commenting that the only thing missing was a dishwasher!

After a great night’s sleep by all in the comfortable beds, we set off again at 7.30am and headed through Birmingham.  It’s fair to say that this part of Birmingham is not necessarily the prettiest, and Daniel hoped it would take us via the nicer side of Brindley Place, but that was unfortunately not possible on this route.  It was interesting to cruise under the M6 though, as you get to see a very different side to Birmingham by boat as opposed to by car. We cruised all day, enjoying the scenery and wildlife with Jacob fishing along the way, then we were able to moor at Catherine de Barnes when we arrived about 5pm.  Whilst I sorted out the boat and popped to the local shop, Claire and Daniel walked the dogs.  Then back to the boat for another hot meal and a second round of Monopoly and Jenga.  It was so warm on the boat during the evening with the central heating on board, we didn’t even need to light the multi-fuel stove during the trip!  The Admiral Class four-berths have two bathrooms and the hot showers are excellent, just what you need after a day of cruising along.

On our final day, we were all up early and headed off in the rain at 7.30am towards Knowle Locks.  Such a beautiful location which made for some great photos, it was a shame it was raining so hard and we did all get quite wet, but we just had to see the funny side of this! It’s definitely somewhere I’d like to visit again in the dry. The scenery on the third day was stunning as we joined the Stratford Canal, and with all the pretty locks, it made for a really special day. Jacob and Claire were mainly on lock duty, perfected after going through over 40 during the 3 days, whilst Daniel kept the dogs entertained on the boat.  We arrived at Wootton Wawen around 4pm and so were bang on our original plan. 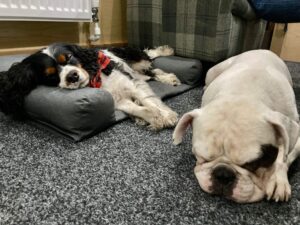 After such a busy year, it was a brilliant way to unwind and relax before seeing the New Year in.  We had lots of fun, relaxation, games, ate very well and had all the fresh air that we needed.  Everyone, including the dogs, came away from this break feeling refreshed and ready to see what 2022 brings us all.

Our brand-new four-berth Admiral Class boats ‘Duncan’ and ‘Curzon’ are joining our fleet at Wootton Wawen and Great Haywood this March, and ‘Codrington’ will join the fleet at Bath in mid-April.  Our Reservations Team are taking bookings for these boats now, so if you’d like to come aboard, please give them a call on 0117 304 1122. 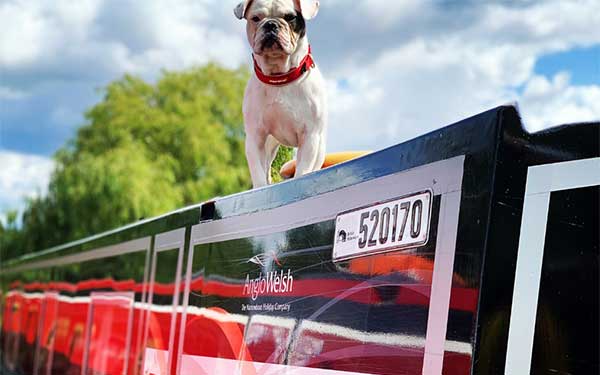 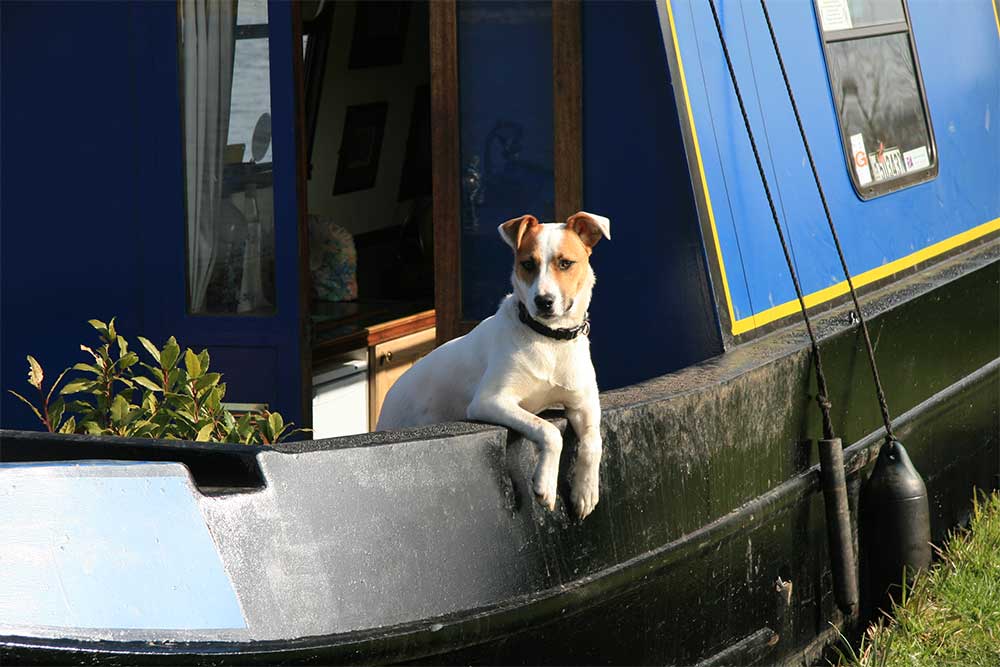 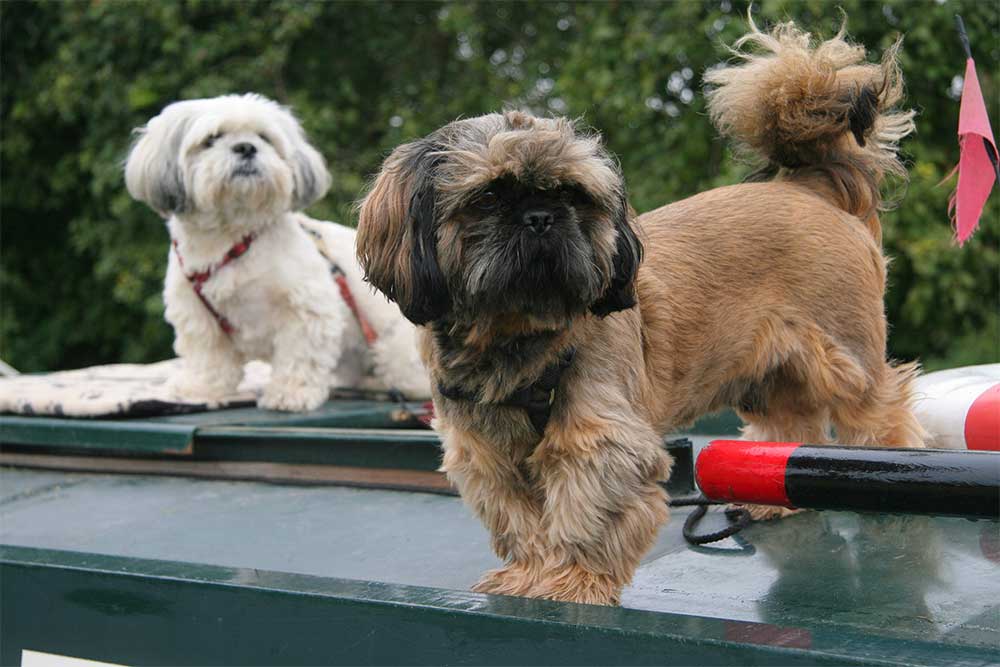 ‘Messing about in boats’ – there’s really nothing better! 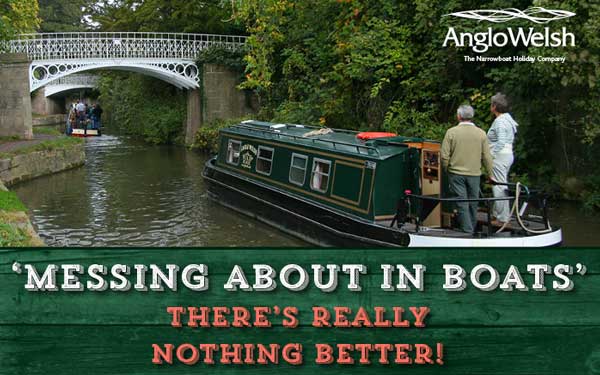 “Believe me my young friend, there is nothing – absolutely nothing – half so much worth doing as simply messing about in boats.” So says Ratty to Mole in Kenneth Grahame’s classic novel ‘The Wind in the Willows’. To which the 150,000 people who take a canal holiday in the UK every year can only respond: “And so say all of us!”

Everyone who hires a narrowboat will have their own passions when it comes to messing about on the water, but with Ratty otherwise engaged, here are a few reasons why the Anglo Welsh team believe waterway holidays are an incomparable experience.

Relaxation. No traffic jams, no customs, no connecting flights, no noisy neighbours. Above all, no stress. Is there any better way to unwind on holiday than to meander along a canal surrounded by England’s green and pleasant land (not forgetting some wonderful Welsh landscapes)?

Kids love canals. A family adventure on a narrowboat is an experience your children, or grandchildren, will cherish for the rest of their lives. Younger kids love pottering about on boats; even teenagers have been known to surrender their mobiles and muck in at the locks. And eating together as a family means leisurely meals on board, not fast food at McDonald’s (though ‘big kids’ often prefer traditional pub lunches in canal-side pubs!).

Doggy heaven. Dogs like canal holidays even more than us humans. Fresh air, new smells, plenty of countryside stops for bracing walks, maybe even the odd swim. Up to two well-behaved dogs are welcome on all of Anglo Welsh boats. Just keep Fido away from the swans!

No experience, no problem. One of Anglo Welsh’s experienced instructors will show you how to start the engine, fill up with water, steer, slow down, moor up and navigate locks. You’ll be amazed how straightforward it all is.

Location, Location, Location. Anglo Welsh has 11 bases in prime locations across the inland waterways of England and Wales. Our routes pass through rural idylls galore and historical towns and cities like Bath, Oxford, Birmingham and Stratford-upon-Avon.

Something for every budget. Long holidays, 3-day weekends, midweek getaways; 2-4-berths, 5-8 berths, 9-12 berths; there is a narrowboat experience for every type of holidaymaker and for every budget, including money-saving offers for under 12s and over 60s bookings for next season (until the end of Jan 2017), and flotilla discounts, loyalty discounts and armed forces discounts all year round.

And finally, to pinch another quote from ‘The Wind in the Willows’: “Here today, up and off to somewhere else tomorrow! Travel, interest, excitement! The whole world before you, and a horizon that’s always changing!”

*Wi-fi is free up to 1GB per week and subject to the signal.