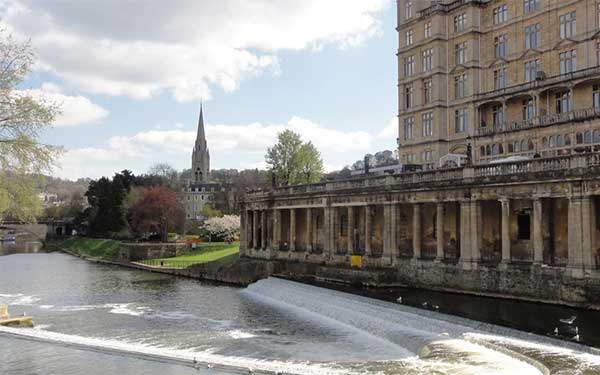 One of the joys of a canal boat holiday is the feeling that you have escaped the rush of modern life and stepped back in time to a calmer age. The canals themselves and landscapes and cities they pass are all steeped in history and heritage so offer ample opportunity to immerse yourself in the past.

If you enjoy exploring historic properties and gardens, your narrowboat holiday will not disappoint.

There is such a varied range of stunning manor houses, stately homes and other famous sights lining our inland waterways, you will be spoilt for choice.

Here are just a few of our favourite historic properties and stately homes, most of them located within walking distance of the canals, making them an idea day out during your narrowboat holiday.

Arguably the most famous stately home in the UK after the royal residences, Blenheim Palace is worth a small detour from your canal boat holiday. The World Heritage property displays a level of grandeur that wows all 900,000 visitors that pass through its ornate rooms each year. Built between 1705 and 1722 in ‘English Baroque’ style, Blenheim remains the principle residence of the Dukes of Marlborough and was the birthplace and ancestral home of Winston Churchill. As well as housing incredible artworks, antiques and interiors, the palace sits at the centre of stunning Capability Brown gardens and 2000 acres of beautiful parkland crisscrossed by idyllic walks.

Nearest waterways: Kennet and Avon Canal and the River Avon

While the stunning Grade I Palladian style property has now been converted into a school, its exterior and landscaped grounds can be still be admired by visitors. Built for Bath entrepreneur and philanthropist Ralph Allen in the 1730s and 40s, Prior Park sits at the top of a hill with sweeping views down over Bath’s beautiful city centre. Its Capability Brown gardens, bordered by woodland, feature one of only four Palladian bridges in the world. Now owned and run by the National Trust, take a short break from canal life to catch a bus up the hill to the entrance then enjoy a walk back down through the grounds to the city centre.

This beautiful manor house was built over 300 years with the original property constructed in the 15th century then added to in the 16th and 17th centuries meaning it offers a unique combination of architectural and interior styles. There are late Gothic and Jacobean windows alongside decorative plasterwork, tapestries and antique furnishing. The former home of Edgar Lister, a diplomat at the Ottoman court in the early years of the 20th century, also boasts an impressive topiary garden. Walking distance from the canal, Westwood is worth a quick stop off during your canal boat holiday.

One of the most beautiful country houses in England, Adlington Hall has been home to the Legh family since 1315. The current property, built on the site of a Saxon hunting lodge, dates from 1480 when the Great Hall was erected using two great oak trees which still stand at one end of the room today. The building was expanded in the 1740s into a grander Georgian house. It still houses a 17th century organ which was played by Handel alongside rich collection of antiques and artwork. The 60 acre gardens feature a yew maze, rose garden, Regency rockery and a Rococo styled landscape garden containing the T’Ing House, a Pagoda bridge and the Temple to Diana.

Nearest waterways: Macclesfield Canal and the Trent and Mersey Canal

This iconic Tudor manor house looks like it has jumped straight out of a children’s fairy story. The higgledy piggledy timber framed building has been perched, defying gravity, next to its moat for more than 500 years. Now run by the National Trust, the earliest parts of the house were built for the prosperous Cheshire landowner William Moreton in about 1504 to 08, and the remainder was constructed in stages by successive generations of the family until about 1610. Nestled at the back of the building is a beautifully maintained knot garden and herbs and vegetables that would have been used in Tudor cooking. Visitors to the hall can learn about Tudor cuisine and other aspects of their everyday life and culture.

Home to the Anson family since 1610, this beautiful colonnaded Georgian mansion, is surrounded by miles of undulating parkland and ancient woodland adorned with monuments. Visitors can admire the rich interiors and furnishings of the state rooms and living quarters of former owner of Patrick Anson, 5th Earl of Lichfield, then head ‘below stairs’ for a peek into the servants’ rooms. Explore the formal gardens and rambling parkland before popping along to Park Farm to meet the Tamworth pigs and other creatures great and small. You can cruise right past Shugborough’s grounds depending on your canal boat holiday route.

This Victorian timber framed manor is home to an impressive Pre-Raphaelite art collection with works by Bryne-Jones, Rossetti and Everett Millais. Its former owner Theodore Mander decorated its interiors with the designs of William Morris and his Arts and Crafts contemporaries so the house now stands as a perfectly preserved relic of this era of design and one family’s passion for art. Now run by the National Trust, visitors can also enjoy a ramble around the 17 acres of gardens and woodland that surrounds the house before heading to the tearoom or second hand bookshop.

This stunning Georgian stately home, built from local honey coloured Hornton stone, is a delight for the eyes inside and out. Home to the Holbech family since 1684 but now run by the National Trust, Farnborough Hall is decorated with intricate 18th century plasterwork depicting landscapes and wildlife and antiques from all over the world alongside family photos and other personal treasures. The house is surrounded by formal and terraced gardens and parkland intersected by lakes, offering lovely tranquil walks.

This 17th century manor house once sat at the heart of a thriving farming estate and today tells the tale of the rise and fall of those who lived and worked there. Built in 1642 by James Murgatroyd, who made his fortune in the Halifax cloth industry, the impressive property sits on a plateau overlooking the River Aire and the canal, surrounded by stunning grounds including a walled garden and medieval tithe barn. East Riddlesden Hall is a popular filming location having been used in Wuthering Heights and Sharpe. A perfect place to moor up during a narrowboat holiday from Silsden.

This large stately home, dating from the early 18th century and built in red brick Queen Anne style, offers a unique insight into the life of this period. Built as a country retreat for wealthy chancery lawyer Thomas Vernon, the house houses impressive interiors including original wall paintings by Sir James Thornhill. Its formal gardens, designed by George London, have been lovingly restored alongside the orangery, orchards and walled gardens all of which sit surrounded by many acres of parkland with wonderful walks.

The ancestral estate of the Trevor family since 942, the Brynkinalt estate sits amid the beautiful green hills on the Wales-Shropshire border. At the heart of the estate sites the Grade II* hall built in 1612 using red brick cut onsite then extensively revamped with Gothic elements in the early 19th century but still featuring the original Jacobean oak panelled Hall. The property is surrounded by stunning formal gardens including a walled garden, park and woodland with a number of gate lodges and follies. The family welcome visitors but this must be arranged by booking in advance. Tours are conducted by members of the family.

Nearest waterways: Stratford upon Avon Canal and the River Avon

This grand 16th century stately home sits surrounded by a stunning deer park on the banks of the River Avon. The estate has been home to the Lucy family for 900 years with the current property, which played host to Queen Elizabeth I, built in 1558 by Sir Thomas Lucy. The house has been slowly filled with treasures from all over the world by each generation of the family, whose varied lifestyles and tastes have all left their mark. The stables even boast an impressive carriage collection. The house looks out upon Capability Brown landscaped gardens and hundreds of acres of parkland offering scenic walks and great picnic spots.

Home to the Earls of Powis, this medieval castle which dates back to around 1200 overlooks extensive formal gardens and terraces laid out under the influence of Italian and French styles. Originally built as a fortress, the castle was revamped and embellished by successive generations of the Herbert family over the course of more than 400 years meaning it now houses an impressive collection of paintings, sculpture, tapestries and period furniture. It is renowned for housing the valuables that Robert Clive and his son Edward brought home from India. Now run by the National Trust, the house and garden is surrounded by rolling green acres that make up a stunning deer park. 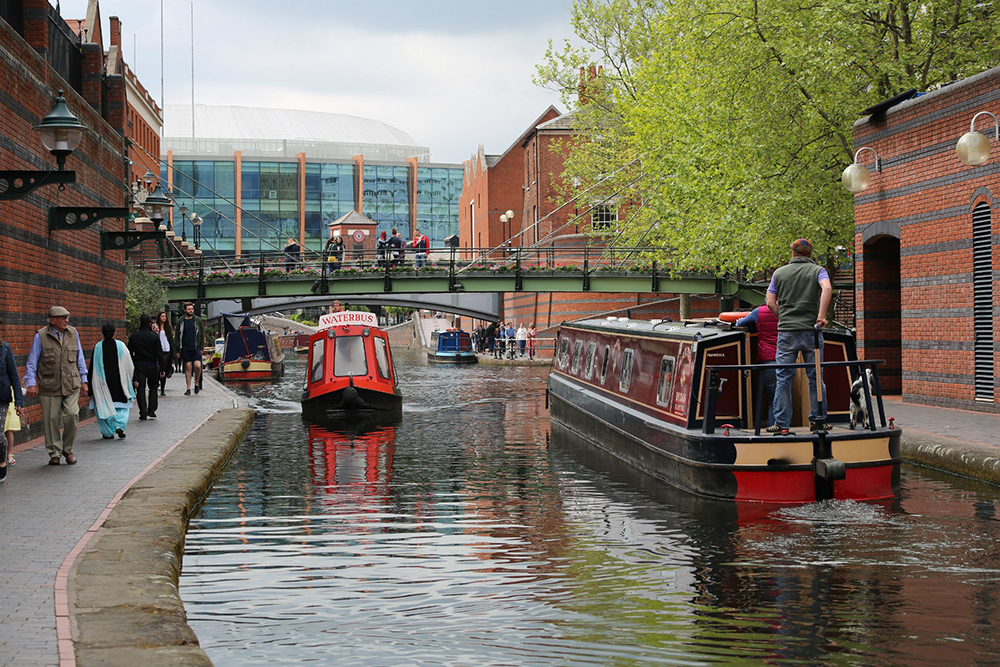