We are taking steps to make our holidays more sustainable 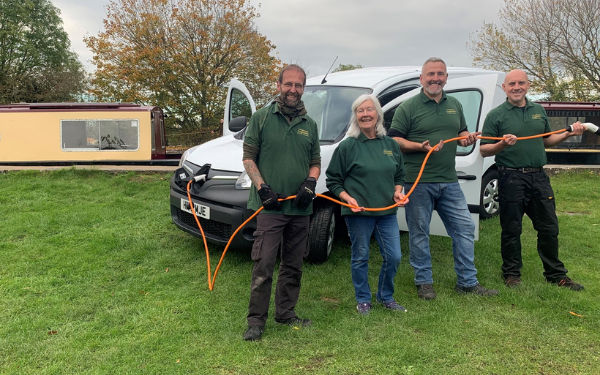 More and more people and companies are taking steps to reduce their carbon footprint and change their consumption patterns.

Here at Anglo Welsh, we’ve been looking at ways to reduce our impact on the environment.

For the last six years, all our new boats have been fitted with LED lighting and the latest engines with lower emissions.  By 2022, we aim to have replaced all on board lights with LED bulbs and in 2023, we plan to introduce our first hybrid powered boat.

This year, we’ve introduced our first electric call out van here at Wootton Wawen, and by 2030 we’d like to have replaced all our company vans with electric vehicles.

During this winter we have fitted solar panels on the roof of one of our boats, to trial here at Wootton Wawen next March.  They will be on our two berth Admiral Class boat ‘Collingwood’ and will provide power for some of the on board facilities, including the lights, fridge and television.  By 2030, we aim to have solar panels on all our new boats.  We are also looking at opportunities to fit solar panels at some of our bases, to help power our laundries and electric vehicles.

From next Spring, all our boats will be stocked with natural, eco-friendly and cruelty-free washing up liquids and cleaning products on board.

There’s so much we can do to make our holidays more sustainable, and we look forward to bringing you news of our progress as we embark on our journey to reach net zero by 2050.

In the meantime, here are our Top 10 tips to help you make your holiday more sustainable:

2.    Bring your own hot drinks cups – so if you stop off to buy a coffee somewhere on your narrow boat holiday you won’t need a ‘difficult to recycle’ disposable cup.

3.    Reduce your use of plastic bottles – you can use water from the boat’s tank to make a cup of tea, but you will need to stock up on fresh drinking water, so we suggest bringing one large bottle or canteen to top up at water points.

4.    Take part in the #PlasticsChallenge – each year an estimated 14 million pieces of plastic rubbish ends up in Britain’s canals and rivers, with around 500,000 pieces flowing out into our oceans.  The Canal & River Trust is asking everyone who visits its waterways to pledge to pick up at least at least one piece of plastic litter each time we visit the waterways.

6.    Plan some vegan and vegetarian recipes afloat – it’s healthier for us and the planet to eat less meat, so when you are planning your pre-holiday shop, include some meat-free meals.

8.    Bag all rubbish – help keep rubbish and plastic out of the waterways by making sure all your bin bags are tied securely so they can’t spill open, and make use of canalside recycling facilities along the way.

9.    Burn greener fuels – if you book a boat with a multi fuel stove, burn the fire logs provided made from recycled sawdust and wax instead of coal.

10. Become a Friend of the Canal & River Trust – to help protect and care for the waterway environment and the wildlife that lives there. 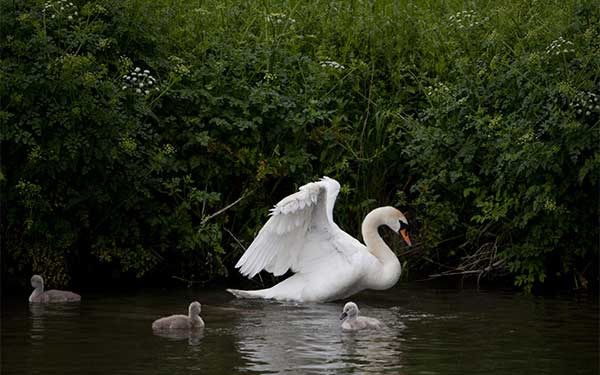 By Kevin Yarwood, Manager at our Great Haywood canal boat hire base

Spring is a glorious time to celebrate the rich and diverse wildlife living in Britain. Global warming and climate change campaigners are raising awareness of the World’s fragile eco-systems and the importance of preserving what we have by reducing waste and lowering our carbon emissions. As a company we encourage our staff and customers to support British wildlife by removing litter and plastic from the waterways wherever they see it.

The UK’s inland waterways weave through urban, suburban and rural environments taking in cityscapes, stunning scenery, historic landmarks, industrial heritage, World Heritage, museums, galleries, pubs and shops. Travelling along as just four miles per hour, from the perspective of a narrowboat, Britain is a destination with something for everyone. And in Spring, when the countryside is teeming with new life, there is no better way to witness waterside trees and hedges bursting into blossom, nest-building birds, ducklings bobbing on the water, spring lambs playing in the fields, and carpets of bluebells in waterside woodlands. The Canal and River Trust as produced a wonderful Spotters Guide to Waterway Wildlife which is well worth a read.

Equipped with a bespoke travel plan, with our help you can design your own perfect UK Spring break – choosing to take in your favourite destinations on a cruise for a few days, a week or longer. And, as narrowboats travel at low speeds burning less fuel, this is a holiday with a reduced carbon footprint. 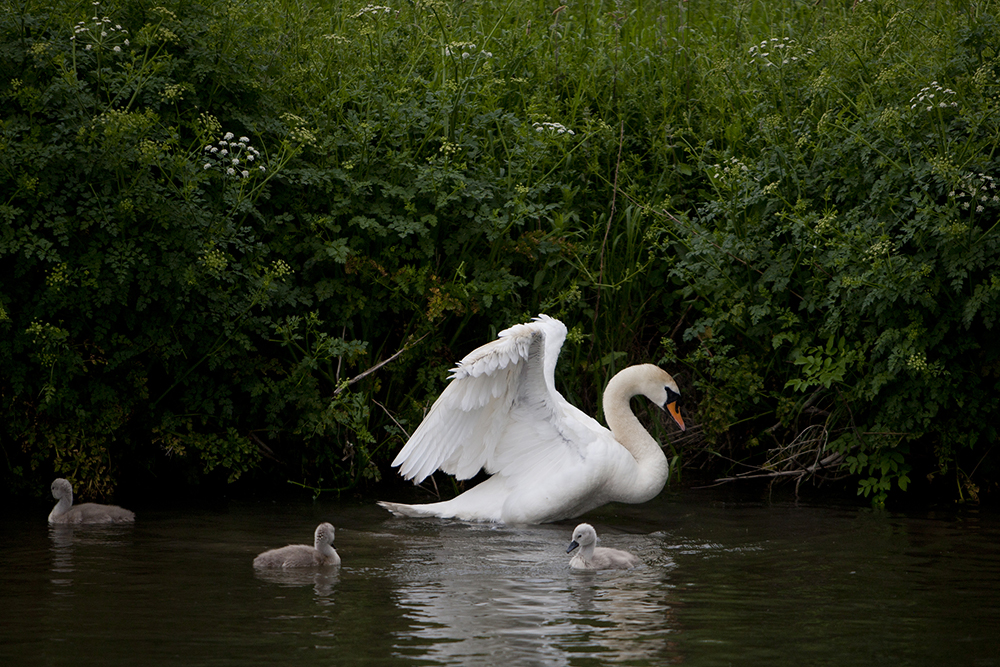 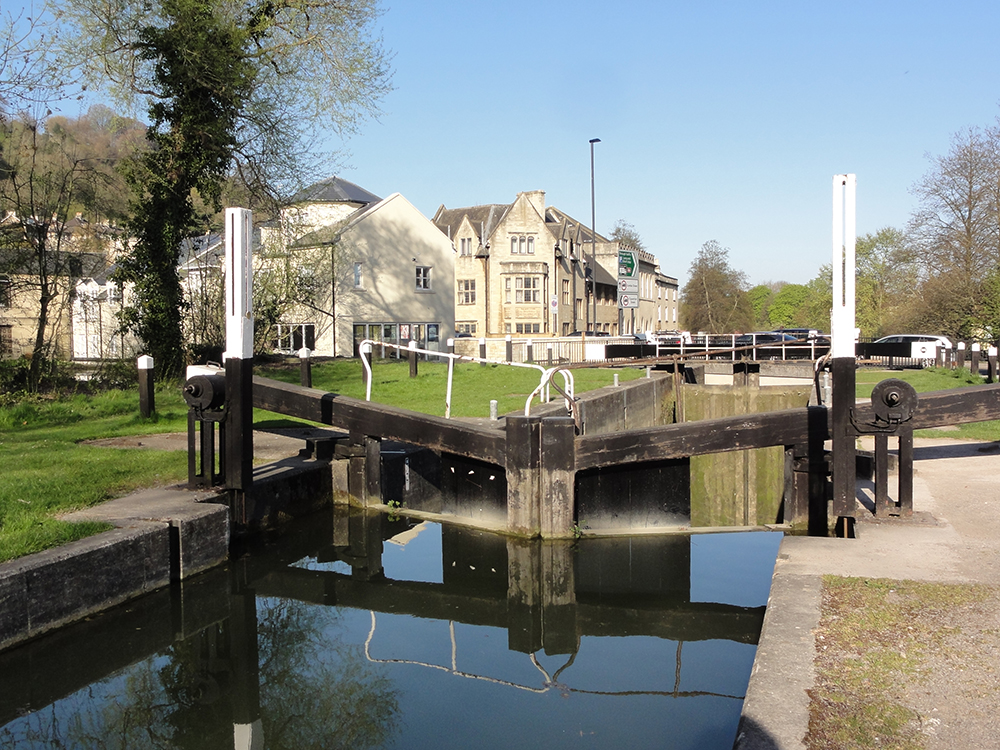 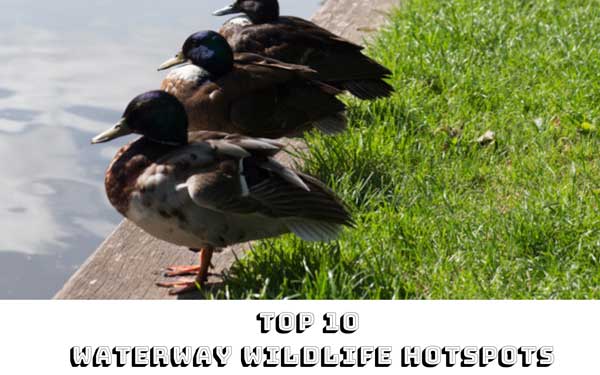 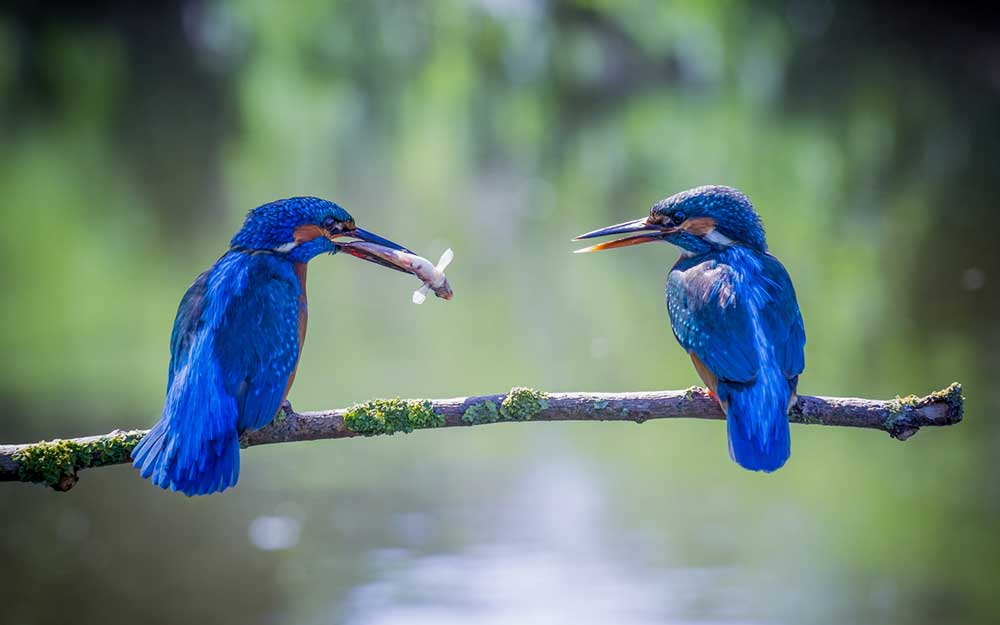