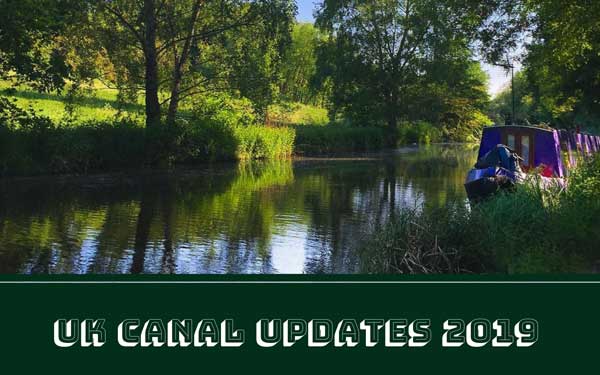 While we’ve all been hibernating through the chilly winter months, the Canal and River Trust and its army of passionate volunteers have been hard at work restoring our historic waterways. Most of the canals of England and Wales were built more than two centuries ago as industrial transport routes and it is testament to the incredible engineering of Thomas Telford and others that they have so successfully stood the test of time. But as with any historic structure, they do require constant upkeep and this is where the Canal and River Trust steps up. This charity keeps 2000 miles of canals and rivers open and accessible so they can be enjoyed by boaters, cyclists and walkers alike, more than 200 years after their construction. At Anglo Welsh we work closely with the Canal and River Trust which does amazing work to protect the canals, enabling the rest of us to enjoy these magical waterways which form such an important part of our country’s industrial heritage.

A huge amount of renovation work has been going on over the quiet winter period, so here is our round up of routes reopened or improved for your canal boating pleasure this year:

1) Repairs to the Middlewich branch of Shropshire Union

This beautiful offshoot of the Shropshire Union Canal has reopened following £3million repairs to a major breach of the embankment. Just a year after a section of the 200-year-old embankment collapsed into the River Wheelock below, canal boats can once again explore this lovely 10-mile long waterway which connects the Shropshire Union Canal at Barbridge Junction to the Trent & Mersey Canal at Middlewich. Coordinated by the Canal and River Trust, the repair work involved 4,000 tonnes of stone, hundreds of volunteers and two major civil engineering companies. Narrowboat holidaymakers who want to explore the nearly revamped Middlewich branch can reach it most easily from our Bunbury base but it can also be accessed from Trevor and Great Haywood.

The stunning Marple flight and aqueduct – the highest canal aqueduct in England – have been closed to narrowboats, walkers and cyclists on and off since September 2017. More than 90 pieces of restoration work have been carried out over the famous Marple flight of 16 locks over the last 18 months but it is now accessible to canal barges once again. There are few routes more beautiful for a canal boat holiday than crossing the incredible triple arched aqueduct that carries the Peak Forest Canal 90-feet above the River Goyt near Marple. Designed by Benjamin Outram and opened in 1800, the Grade I listed construction and ancient monument sits at the bottom of one of the steepest lock flights in Britain. Since 2015, this part of the Peak Forest Canal has been a Green Flag Award winner, the Marple Aqueduct itself winning a Heritage Green Award in 2017. The nearest Anglo Welsh canal boat base is Bunbury on the Shropshire Union Canal.

3) Caldon Canal from Stoke on Trent to Froghall

The Caldon Canal has undergone a £157,000 winter makeover during which vital maintenance and repair work has been completed. This 240-year-old canal, which runs from the urban surroundings of Stoke on Trent into the idyllic countryside of the Churnet Valley to Froghall, has had three lock gates replaced and repairs to several bridges, lock chambers and walkways. Thousands of fish and other wildlife had to be rescued and transported to other section of the canal before the areas under repair were drained. Thanks to the repair works, some of which are ongoing, narrowboats, cyclists and walkers can continue to enjoy the tranquillity of the Caldon Canal for many years to come. For those planning a narrowboat holiday who wish to take in this route, the nearest Anglo Welsh base Great Haywood.

The Macclesfield Canal in Cheshire has undergone a £1.4million makeover this winter. The project involved extensive dredging to deepen the canal channel between Macclesfield and the canal’s junction with the Trent & Mersey Canal, near Kidsgrove. There was also work to repair leaks, masonry, gates, sluices and washwalls. Dedicated volunteers from the Macclesfield Canal Society and other voluntary groups saved the Canal and River Trust more than £80,000 by giving up their free time to clear away unwanted vegetation and repair the towpaths. Originally built to transport coal during the Industrial Revolution, the 200-year-old waterway was the first canal in the country to gain a coveted Green Flag Award, acknowledging it as a quality green space. The 28 mile Macclesfield Canal is part of the popular 100 mile Cheshire canal cruising ring, which offers boaters a wonderful combination of rural Cheshire scenery and the urban waterways of Greater Manchester. If you wish to visit during your next narrowboat holiday, the nearest Anglo Welsh base is Bunbury.

The stunning Welsh border canals of Llangollen and Montgomery are undergoing £300,000 of restoration work, due for completion at the end of March. The crowning jewel of Britain’s canals, the Pontcysyllte Aqueduct, which soars a jaw-dropping 126-ft above the River Dee, is having its handrails repaired while several sections of the lock will be drained for new lock gates to be installed and walls fixed. The 200-year-old Llangollen Canal, with its 11 mile stretch of World Heritage Site winding through picture perfect countryside, is one of the most popular canals in the country, so it is vital to the Canal and River Trust to keep it in a good state. Anyone planning a canal barge holiday this year who wants to explore the Llangollen can start out from Anglo Welsh’s Trevor base right next to the Pontcysyllte Aqueduct.

The stunning Shropshire Union Canal – affectionately known as the Shroppie – is benefitting from more than £600,000 of repairs which started last November and are likely to last until the end of March. The work on the 66-mile canal which snakes through unspoilt Shropshire, Cheshire and Staffordshire countryside will see 11 lock gates replaced and brickwork, masonry, lock ladder and culvert repairs. Due to its overwhelmingly rural setting, the Shroppie is one of the most popular canals with narrowboaters up and down the country as well as cyclists, walkers, canoes, fishing enthusiasts and more, so it gets a lot of use making the repairs all the more important. For anyone planning their canal holiday who wants to experience the loveliness of the Shropshire Union, setting off from the Anglo Welsh bases at Bunbury or Great Haywood will get you there.

Nearly £450,000 was invested into repairs to the Kennet and Avon Canal this winter with work due to completion in April. Projects at half a dozen locations along the 87-mile waterway will see giant lock gates replaced, historic canal walls rebuilt and other elements of the engineering restored. The 200-year-old canal which twists and turns through Berkshire, Wiltshire and Somerset until it reaches the beautiful city of Bath is a favourite for canal boat holidays. Anglo Welsh has two bases along this wonderful waterway, in Bath itself and a few miles up the canal nestled among the Cotswold Hills in Monkton Combe from where you can easily reach other picturesque towns such as Bradford upon Avon and Devizes.

If you want to stay up to date with all the latest canal restoration works or check that the journey you are planning has no stoppages or closures, go to www.canalrivertrust.org.uk/notices. 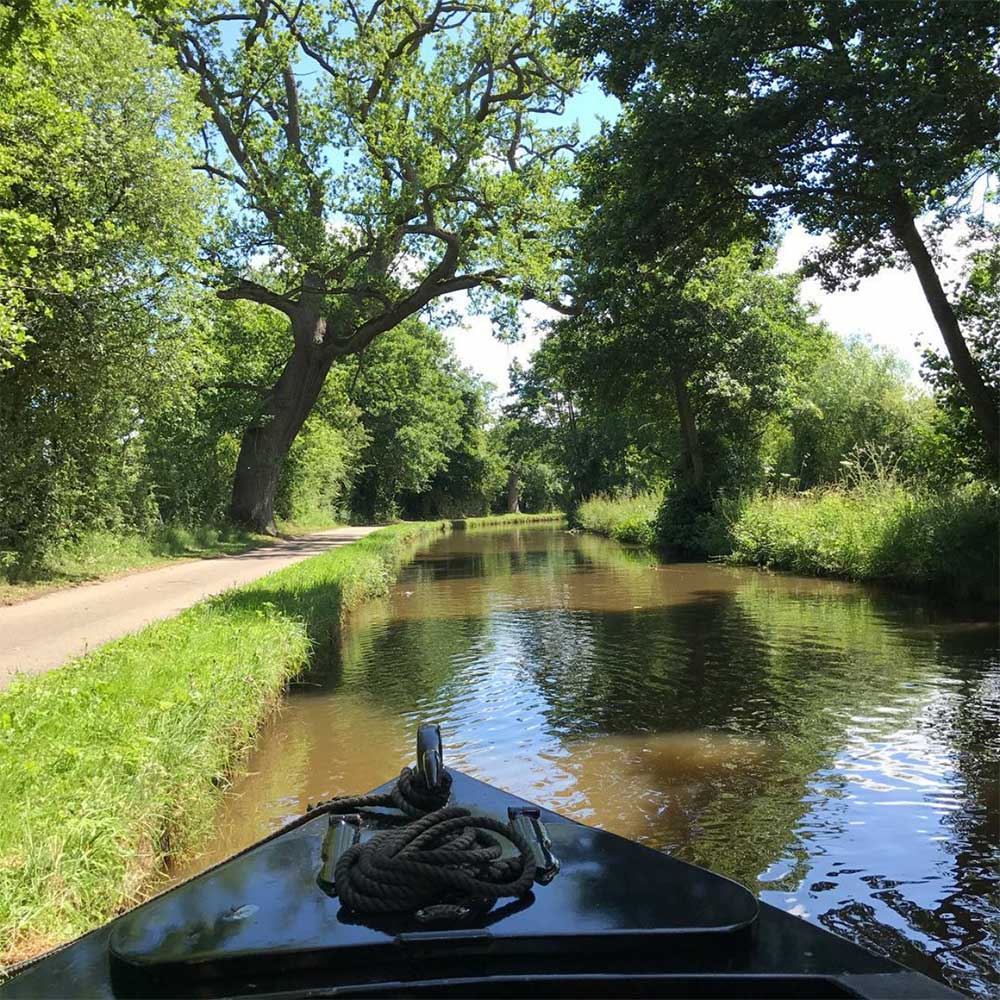