Back to school: Canal getaways for parents to enjoy 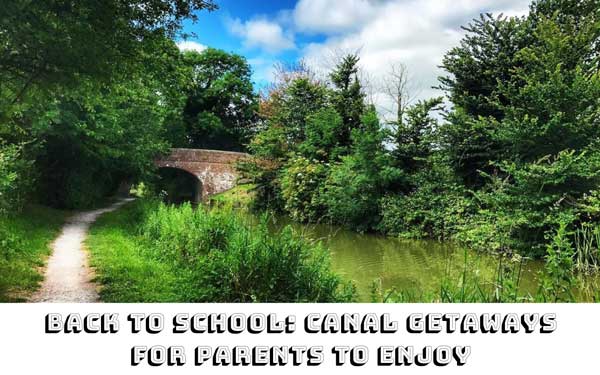 The kids are going back at school meaning parents can finally get some rest after the fun but frantic six weeks that are the summer holidays.

We think that, come September, most parents deserve – and probably need – a well-earned minibreak away from their darling children.

So if you are a parent whose children are busy at school again, why not book a quick canal getaway by way of reward for your gallant efforts to juggle work and many other commitments with keeping the little ones entertained day in day out since mid-July.

A canal boat holiday can be a perfect minibreak for a couple wanting a bit of rest and relaxation. Slow life down to a tranquil three miles per hour and drift along the historic waterways of England and Wales to admire beautiful countryside and fascinating historic towns and cities by narrowboat.

Here are some of the best canal boat holiday journeys for a child-free break for parents:

The World Heritage City of Bath is a treat for visitors of all ages but going along without the kids will enable you to really soak up all the history and culture of this stunning Georgian city at your own pace. With its famous Roman Baths, its close links with Jane Austen and museum honouring the author, its wonderful range of iconic Regency buildings and much more, Bath is a history lover’s dream. But it is also a lovely modern city to simply meander around, with great shops, restaurants and cafes at every turn, all surrounded by the lush green Somerset hills. It is an easy day cruise through a scenic Cotswold valley boasting some wonderful canalside pubs, to the equally picturesque medieval market town of Bradford-upon-Avon with its tithe barn, 13th century bridge and impressive riverside former cloth mills.

The ancient university city of Oxford is bursting with history, culture and stunning colleges to be explored. You can wander around the imposing and fascinating Ashmolean – the University of Oxford’s museum of art and archaeology, founded in 1683 – or the smaller Pitts Rivers Museum crammed with artefacts and oddities from all over the world. Take a walk around some of the 38 Oxford University colleges each with their own distinct character and beauty before escaping to the lush greenery of the Oxford botanic garden. It is a tranquil two day cruise along a stunning rural stretch of the River Thames to the glorious Gloucestershire village of Lechlade, which sits in an Area of Outstanding Natural Beauty on the edge of the Cotswolds.

Absorb yourself in Shakespeare’s historic hometown which is just a day-long cruise from our canal boat base at Wootton Wawen. Once in Stratford-upon-Avon, treat yourselves to a delicious dinner at one of the town’s many welcoming restaurants followed by a production at one of the world renowned Royal Shakespeare Company theatres which overlook the canal basin. Spend a day exploring the medieval town with its Tudor timber-framed houses including Shakespeare’s birthplace and the 500-year-old thatched Anne Hathaway’s cottage as well as its many independent shops, pubs and cafes before enjoying a relaxed amble along the River Avon.

Opt for a scenic rural cruise through rolling green countryside at the heart of England, from Stockton in Warwickshire to Royal Leamington Spa. On leaving our narrowboat base, descend through Stockton Locks to the village of Long Itchington with its two canalside pubs, ideal for a lunch or supper stop. Cruise through more idyllic countryside, negotiating only the Bascote Staircase locks until you reach elegant Royal Leamington Spa, with its fine examples of Regency and Victorian architecture such as Lansdown Crescent and the Parade. Browse the town’s many boutiques and shops, stop for a bite to eat in one of its 60 pubs, restaurants and bars, meander through the ornate Jephson Gardens and admire an exhibition at the Royal Pump Rooms Art Gallery and Museum.

Trevor to the Montgomery Canal

If you are wildlife enthusiasts, this is the canal boat holiday route for you. Set out from our narrowboat base at Trevor and immediately cross the jewel of the canal network, the soaring Pontcysyllte Aqueduct, which carries the Llangollen canal 126ft above the River Dee valley. Just a couple of kilometres later you pass through the 459-yard Chirk Tunnel followed by the Chirk Aqueduct which takes you across the border into England. Continue heading south among the dramatic Shropshire hills until you reach Frankton Locks where you can turn onto the Montgomery Canal, affectionately known as the ‘Monty’ which snakes through wonderful unspoilt border country where you can truly escape the pressures of modern life. Much of the Monty has been designated a ‘Site of Special Scientific Interest’ due to its abundance of rare wildlife such as the floating water plantain, otters and water voles so don’t forget to bring your binoculars.

Set off north from our narrowboat base at Bunbury along the Shropshire Union Canal, crossing the open country of the Cheshire Plain and patchwork quilt fields. You will pass the looming ruins of Beeston Castle sitting atop its rocky crag and the delightful village of Christleton – winner of ‘best kept village in Cheshire’ – clustered around its green before reaching the medieval city walls of Chester. The canal takes you right into the heart of this historic jewel of a city, with its impressive collection of 700-year-old buildings the Rows, great shops, restaurants and cafes, and stunning sandstone cathedral all encircled by the imposing walls. The city is also host to the largest stone-built Roman Amphitheatre in Britain, scene of Britain’s largest archaeological excavation in 2005, the results of which can be seen at the Grosvenor Museum. During the summer months, you may well be able to enjoy an outdoor theatre production in the atmospheric surroundings of the amphitheatre.

Sitting on the edge of the wilderness that is the Yorkshire Dales, our narrowboat base at Silsden is a perfect starting point for a breathtakingly beautiful trip along the Leeds and Liverpool Canal. Heading east, you follow the River Aire valley through dramatic hilly countryside with villages that still carry the hallmarks of their rich industrial past with good pub stop-offs. Just outside Keighley, you’ll reach the magnificent Bingley Five-Rise Locks, the steepest flight of locks in the UK honoured as one of the ‘Seven Wonders of the Waterways’. This takes you into the perfectly preserved model village of Saltaire, built in 1853 by Sir Titus Salt for local mill workers and now a World Heritage Site. Admire the giant textile mill, the Salts Mill, which now houses an impressive collection of David Hockney paintings, wonder at this early example of town planning and perhaps even take a trip on the the Shipley Glen Tramway built in 1895 before heading for some refreshment at one of the many cafes and restaurants.

Set out north east from our narrowboat base in Tardebigge in rural Worcestershire, which sits at the top of the longest lock flight in Britain, consisting of 30 locks carrying narrowboats 220 feet up and downhill over 3.5 miles. Admire this feat of historic engineering on foot before indulging in a leisurely lock-free cruise in the other direction. You’ll float through stunning Shakespeare Country, with its blend of wild countryside and cultivated landscaped until you reach the outer reaches of Birmingham where you turn onto the picturesque North Stratford canal. This takes you back into rolling farmland and wooded valleys towards pretty village of Lapworth. Step back in time and enjoy a well earned pint at the traditional canalside Blue Bell Cider House enroute. Once you’ve reached your destination, you are just a stone’s throw from two amazing National Trust owned Tudor manor houses, Packwood House with its incredible tapestries and famous yew gardens and Baddesley Clinton with its moat and walled gardens. You can easily spend a happy day exploring these properties and their gardens and parkland.

Our new narrowboat base for 2019, Whixall marina is surrounded by miles of open countryside making it a great starting point for a truly peaceful, rural canal boat holiday. Head west along the Llangollen canal to admire several miles of uninterrupted pastoral beauty before you reach the market town of Ellesmere, named after the collection of unusual lakes which surround it, which were formed by glacial compressions at the end of the last Ice Age. Beyond that, the canal meanders west through the increasingly dramatic hills of the border country that straddles England and Wales, to reach the 710-ft long and 70-ft high Chirk Aqueduct which takes you across the River Ceiriog into north Wales. Admire Thomas Telford’s masterly construction before heading to one of the nearby pubs.

So, don’t be saddened by the prospect of summer coming to an end but celebrate everything that autumn has to offer and start planning your September canal holiday – our expert team are always on hand to help so get in touch! 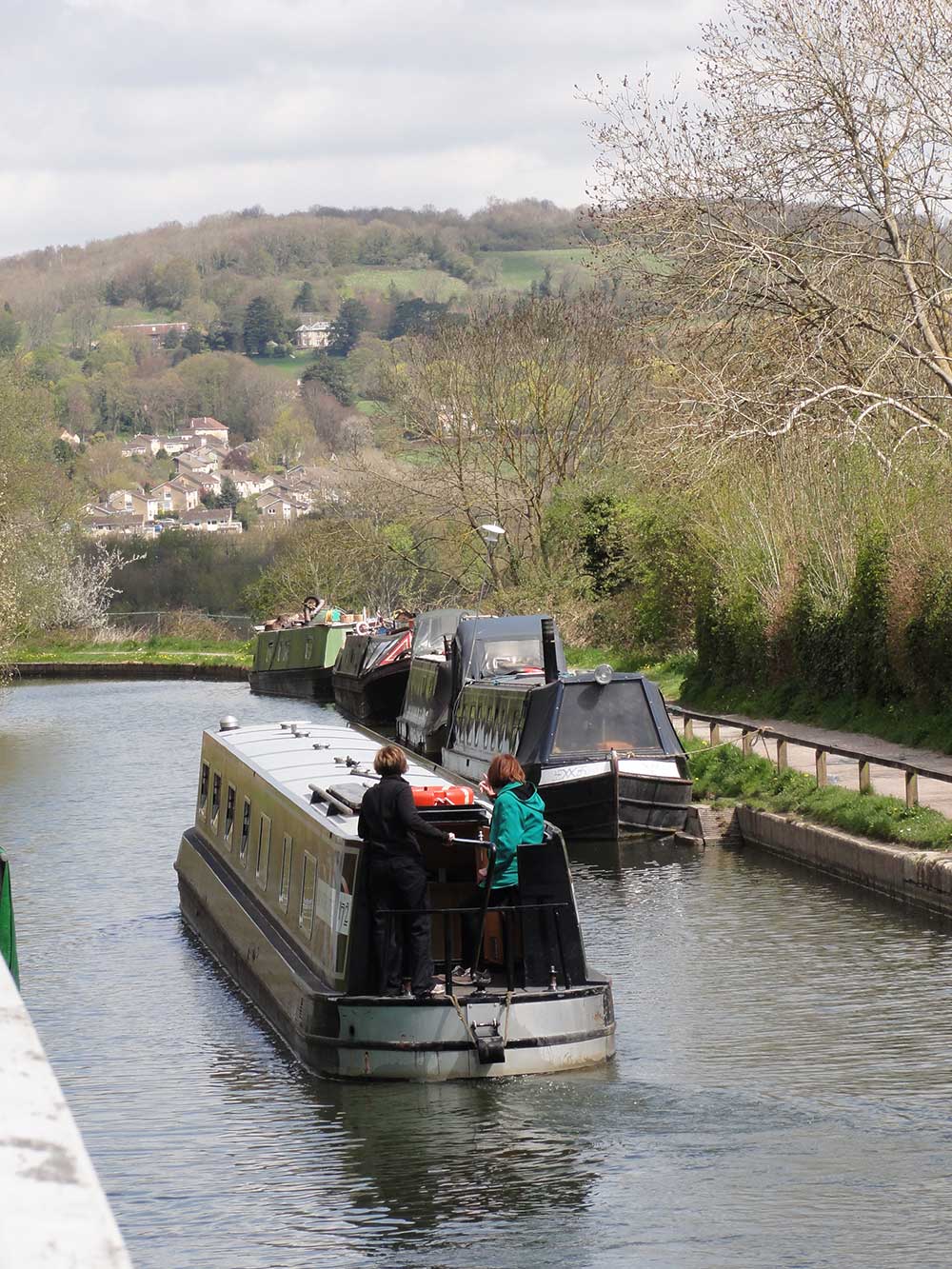