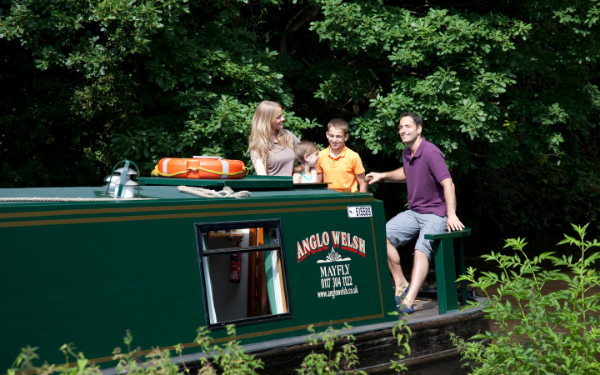 Ring routes offer varied journeys along different waterways and take in a wide range of landscapes and attractions. What’s more, they bring you back to your canal boat hire base without having to travel the same way twice!

Some circuits are a real challenge, with steep flights of locks and spooky tunnels to navigate, while others more suitable for narrowboat holiday beginners. All, though, offer a wonderful summer holiday adventure and the chance to explore the UK’s waterways from the comforts of your very own floating holiday home.

Here’s a list of our Top 8 Summer Circuits to explore afloat:

1. The Birmingham Mini-Ring – this popular ring can be completed on a four-night short break from our base at Tardebigge in Worcestershire. It takes in sections of the Worcester & Birmingham, Birmingham Main Line and Grand Union canals. The journey takes you past sights such as: the historic village of Bournville, home of Cadbury’s chocolate; Gas Street Basin in central Birmingham; and the flight of 13 locks at Farmers Bridge. To complete the Birmingham Mini-Ring from Tardebigge, you will travel 45 miles and pass through 49 locks, which takes around 27 hours.

2. The Warwickshire Ring – setting off from our canal boat hire base at Stockton in Warwickshire, this circuit can be completed in a week’s holiday. You’ll cruise through sections of the Grand Union, Oxford, Coventry and Birmingham & Fazeley canals. Highlights include: the flight of 11 locks into Atherstone; the lovely canal village of Braunston; the flight of 21 locks at Hatton; and wonderful Warwick Castle. To complete the Warwickshire Ring from Stockton, you will travel 104 miles and pass through 121 locks in around 56 hours.

3. The Avon Ring – canal boat holiday-makers can complete this epic circuit on a two week break from our narrowboat hire bases at Tardebigge or Wootton Wawen. Navigating sections of the Stratford Canal, River Avon, River Severn and Worcester & Birmingham Canal, you’ll encounter: Shakespeare’s Stratford; the River Avon with its incredible views; the charming historic town of Evesham; the Cotswold medieval town of Tewskesbury; the City of Worcester and its stunning cathedral; and the flight of 30 locks at Tardebigge. To complete the Avon Ring from either Tardebigge or Wootton Wawen, you will travel 109 miles and pass through 131 locks, which will take around 58 hours.

4. The Black Country Ring – setting off from our canal boat rental base at Great Haywood in Staffordshire or Tardebigge in Worcestershire, this circuit can be done in an active week’s holiday. Explore sections of the Birmingham & Fazeley, Birmingham Main Line, Coventry, Staffordshire & Worcestershire and Trent & Mersey canals. Sights along the way include: Birmingham’s Gas Street Basin; the 21 locks at Wolverhampton; and the beautiful waters at Tixall Wide. To complete the Black Country Ring from Tardebigge, you will travel 104 miles, passing through 79 locks, which will take around 53 hours. From Great Haywood it’s 75 miles, 79 locks and takes 43 hours.

5. The East Midlands Ring – on a two week break from our narrowboat rental base at Stockton , boaters can explore the East Midlands Ring, also known as the Leicester Ring. You’ll cruise along sections of the Birmingham & Fazeley, Coventry, Oxford, Trent & Mersey and Grand Union canals, as well as the rivers Soar and Trent. Highlights along this circuit include: Saddlington Tunnel; the Foxton Staircase; the canal village of Stoke Bruerne with its Canal Museum; Blisworth Tunnel; the 11 locks at Atherstone; the City of Coventry; and the historic village of Shardlow. To complete the East Midlands Ring from Stockton, you will travel 170 miles and pass through 107 locks in around 84 hours.

6. The Four Counties Ring – this popular circuit can be completed in a week when departing from our bases at Great Haywood in Staffordshire, Bunbury in Cheshire or Whixall in Shropshire. The route takes narrowboat holiday-makers through the counties of Staffordshire, the West Midlands, Cheshire and Shropshire, exploring a range of beautiful areas of Britain. Highlights along the way include: the infamous 2670-metre long Harecastle Tunnel; flight of 15 locks at Audlem; views of the rolling Cheshire Plains; and the Roman town of Middlewich. To complete the Four Counties Ring from Great Haywood, you’ll travel 110 miles and pass through 94 locks, which will take around 55 hours. From Bunbury, it will be 115 miles, 96 locks and 58 hours. From Whixall, it’s 137 miles, 132 locks and 86 hours.

7. The Stourport Ring – setting off from our canal boat hire base at Tardebigge in Worcestershire, this ring, which can be completed in a week, takes you along the Staffordshire & Worcestershire Canal, Worcester & Birmingham Canal Navigation, the River Severn, Birmingham Canal Main Line and Stourbridge canals. Highlights include: cruising through bustling central Birmingham; Kinver with its National Trust rock houses; the City of Worcester with its town centre and magnificent cathedral; beautiful views along the River Severn; and the flight of 30 locks at Tardebigge. To complete the Stourport Ring from Tardebigge, you will travel 84 miles and pass through 118 locks in around 52 hours.

8. The Cheshire Ring – cruising from our narrowboat hire base at Bunbury in Cheshire, this route, which runs through the heart of Manchester and the Peak District via the Ashton, Macclesfield, Peak Forest, Rochdale, Trent & Mersey and Bridgewater canals, can be completed in a week. Highlights along the way include: the incredible Anderton Boat Lift, one of the ‘Seven Wonders of the Waterways’; breath-taking views of the Peak District; and Manchester’s China Town. To complete the Cheshire Ring from Bunbury, you will travel 122 miles and pass through 102 locks, which will take about 86 cruising hours. 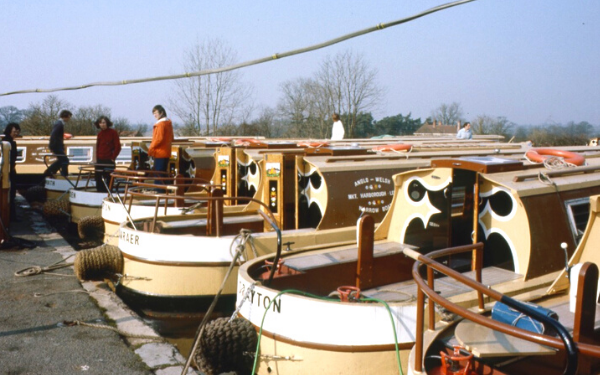